by: Robert Duffer - The Car Connection

Which cars, trucks, crossovers, and SUVs won’t come back for an encore next year? We have the list.

But first, some observations. The dawn of the electric age arrives with the sunset of the sedan. Though unrelated, consumers continue to migrate to crossover SUVs and have begun adopting electric powertrains in greater numbers. It’s an American paradox to want cleaner, more efficient cars but not sacrifice the size and flexibility of larger, heavier, less efficient crossover SUVs. Automakers oblige, and the sacrifices for 2023 include everything from small underperforming cars to the beloved but anachronistic V-8 muscle car.

Crossovers and SUVs accounted for more than 55% of new car sales through June, 2022, while cars accounted for about 21%, according to statista.com. That continues a trend started long before the introduction of electric vehicles.

It’s taken 12 years since the first mainstream electric vehicle went on sale—the Nissan Leaf— for many analysts and executives to declare that the market has transitioned from early adoption to mass adoption. Sales of electric vehicles through the first half of 2022 reached record highs, and despite the industry having a down year, electrified vehicles (including plug-in hybrids and hybrids) accounted for 5.6% of new car sales, more than double that of 2021, according to Cox Automotive.

Most automakers have announced plans to end the development of cars powered by internal-combustion engines, and the sacrifices made in the shift to electrification can be seen in this year’s list of cars that will be discontinued between now and the end of 2023. It’s more robust than last year’s list of discontinued cars.

Contrary to previous reports, the Chevy Trax small crossover will be resurrected and reimagined as a 2024 model that slots between the Trailblazer and Equinox in Chevy’s crossover SUV family. It remains to be seen if the Buick Encore will follow in its, ahem, Trax. 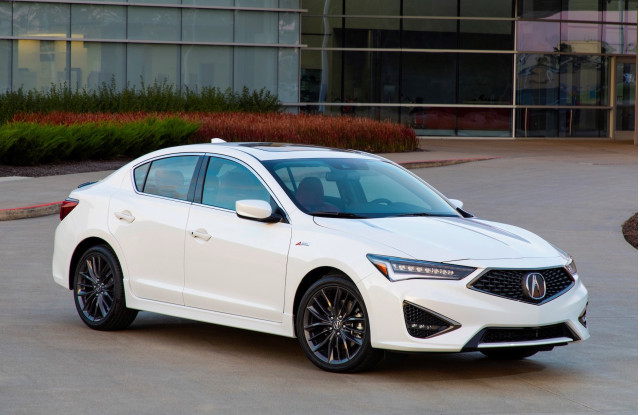 Acura’s entry-level compact sedan ended production this year as the brand reintroduced the far superior 2023 Acura Integra. Launched in 2013 and lasting for one long generation, the ILX was out of date, small, underwhelming, and dull. The Integra rights those wrongs. 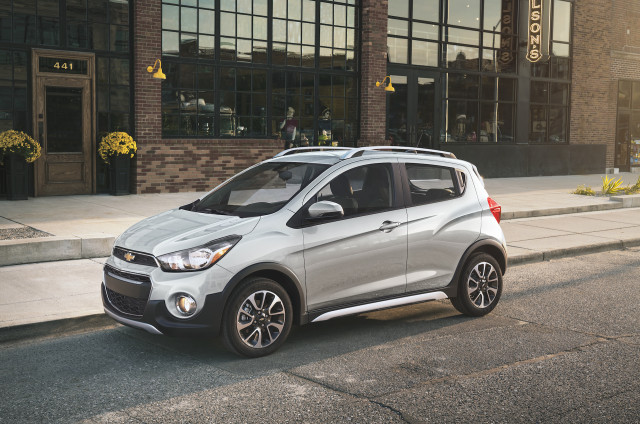 Chevy discontinued production of its entry-level hatchback this summer, marking the end of an era in which buyers could get a new car for less than $15,000. Three subcompact Sparks cost the average price customers are paying for one new car today (about $48,000).

Pour one out for the poor man’s Bentley. Introduced way back in 1955, the Chrysler 300 rumbles off into the great beyond of auction blocks and classic car shows. For its last year of production, the full-size sedan welcomes back the 300C limited edition model powered by a 6.4-liter V-8 engine rated at 485 hp and 475 lb-ft of torque. Production of the 2023 Chrysler 300C will be limited to 2,200 units and sold at a price of $55,000. There will be a special place in automotive hearts for the V-8-powered cars in the American branch of the Stellantis family 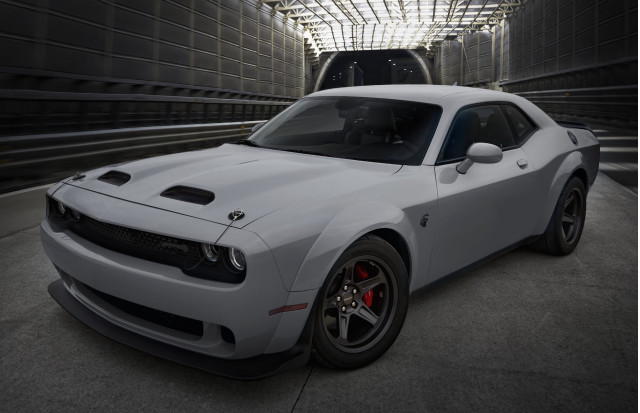 It was bound to happen sooner or later, and Dodge’s SRT performance brand should be lauded for the magic wrung out of the retro muscle car reintroduced in 2008. Hellcat, Redeye, Jailbreak, Wide Body—the number of iterations and newsmakers made the Challenger a perennial modern classic without really changing the basic body and structure of the car. As production runs through the end of 2023, enthusiasts have one last shot to latch onto Dodge’s limited-run “Last Call” models, as well as the usual V-6 and V-8 suspects in the lineup. 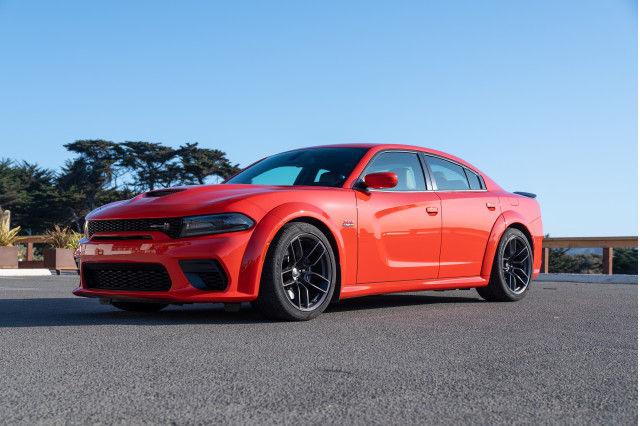 See above. The same situation goes for the Charger except it will be applied to the only four-door muscle car. The 2023 Charger King Daytona Last Call model goes out with an 807-hp bang, and only in Go Mango exterior paint. Dodge knows how to keep it interesting. 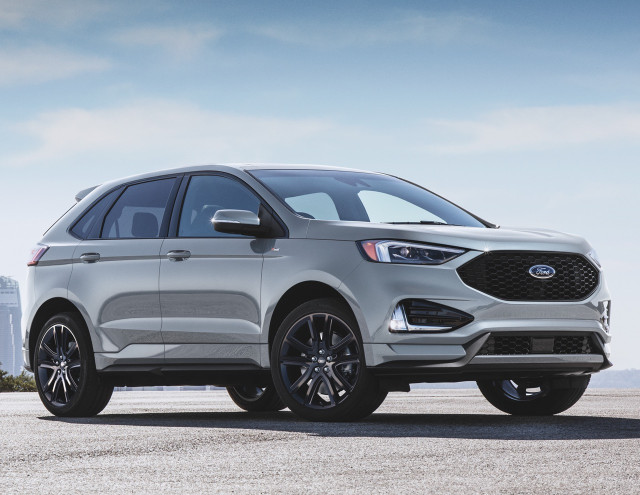 Ford will end production of the mid-size crossover in 2023, but that doesn’t mean a new crossover SUV won’t replace it in Ford’s crowded lineup. Ford’s Oakville Assembly Plant in Canada, where the Edge and Lincoln Nautilus are made, will be retooled to produce electric vehicles launching as early as 2025. 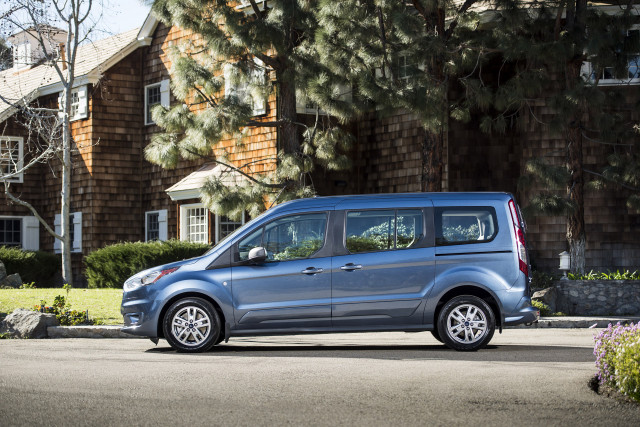 The small cargo van follows the Nissan NV200 off the grid likely in favor of the Ford E-Transit electric commercial van. 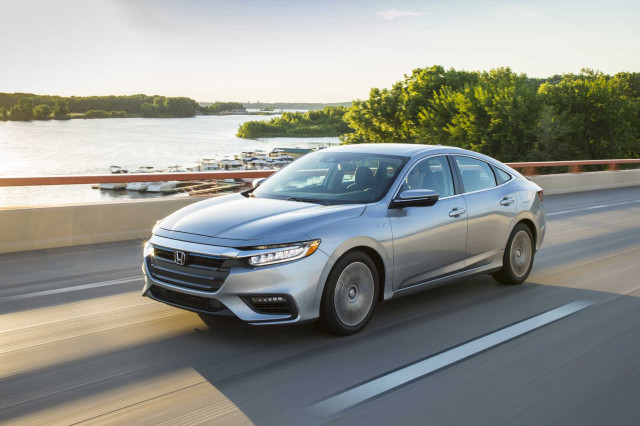 Sales of the third-generation Honda Insight hybrid sedan never really caught on, and Honda ended production in June. In its place, Honda plans a Civic Hybrid to complement hybrid versions of the CR-V compact crossover and Accord mid-size sedan. 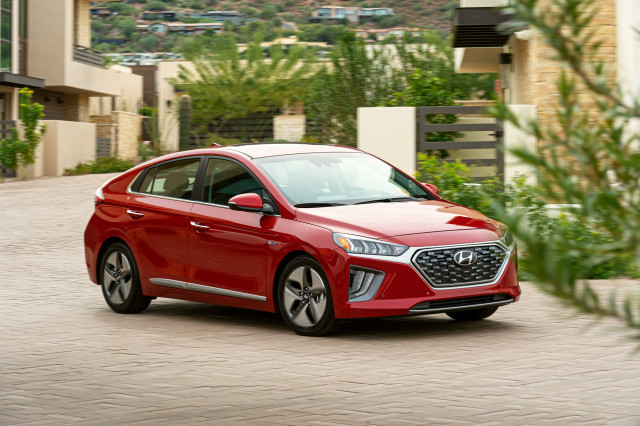 The hybrid and plug-in hybrid remnants of the Ioniq hatchback were discontinued mid-year as the brand ramps up its Ioniq sub-brand of full battery electric vehicles, including the Ioniq 5 and Ioniq 6 BEVs. Launched in 2017 as a rival to the Toyota Prius, the Ioniq came with three electrified powertrains, and the 2022 Ioniq hybrid version had an outstanding EPA rating of 59 mpg combined. 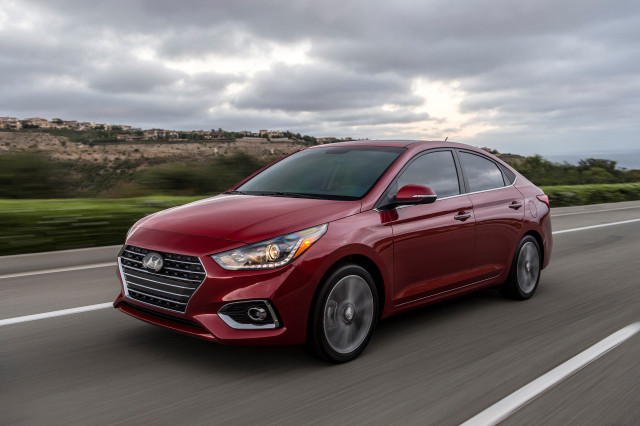 Like Chevy to the Spark, Hyundai cut its most inexpensive model, the $17,700 Accent subcompact sedan, to nudge shoppers into the Venue small crossover that costs about $3,000 more. Its low starting price, excellent warranty, and good standard features made it an entry-level deal, but it also shows how far Hyundai has come in the U.S. since the Accent of the 1990s. 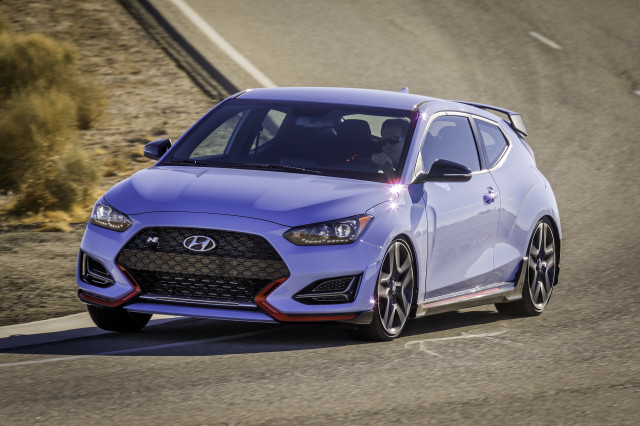 Sad but inevitable, the quirky hot hatch with the asymmetrical doors was discontinued one year after other Velosters. The N was the best, and for under $30,000, it might’ve been better than the Kona N small crossover and Elantra N compact sedan that essentially replace it. 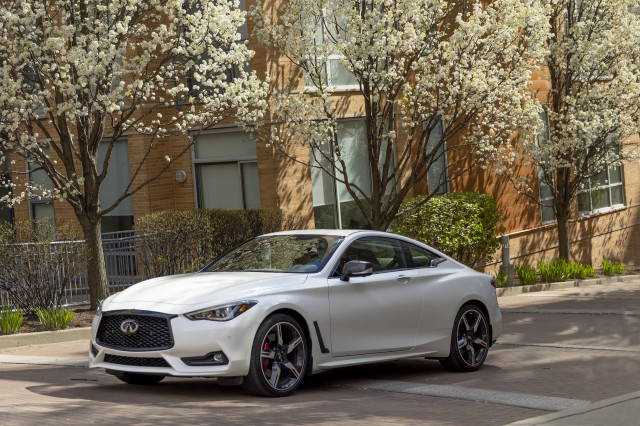 The coupe ends production at the end of the year after six years on the U.S. market. Unlike the related Nissan Z, the Q60 never received a significant update, and Infiniti admitted to pursuing more popular (profitable?) crossover SUVs and its first EV. 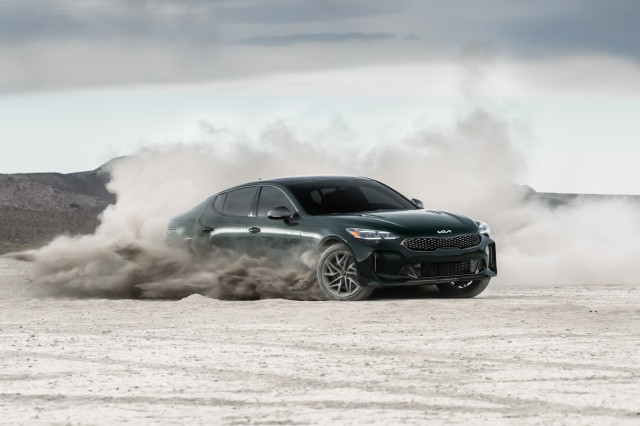 Lasting only one generation since it launched for the 2018 model year, the Kia Stinger made a lot of buzz in showcasing Kia’s performance potential while still honoring the brand’s value proposition. A last run Tribute Edition builds off the Stinger GT2 with a 368-hp 3.3-liter twin-turbocharged V-6. With rear-wheel drive, the Stinger GT2 went from 0-60 mph in 4.7 seconds, which was only a half-second quicker than the GT-Line’s 2.5-liter turbo-4 that made 300 hp and 311 lb-ft of torque. The Stinger GT-Line cost less than $40,000, and came well equipped. Kia is still making performance models, however, with the 2023 Kia EV6 GT electric crossover and its 0-60 mph time of 3.4 seconds as the new standout. 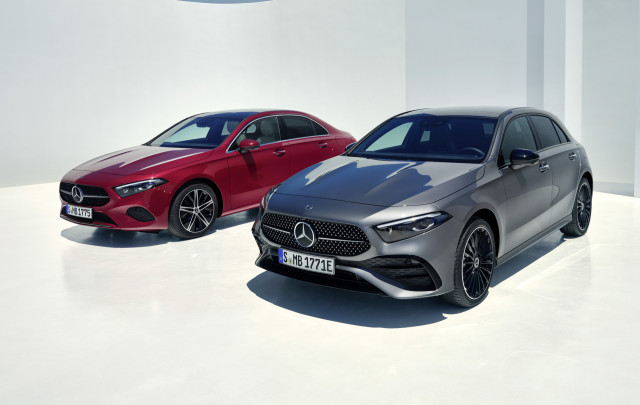 Perhaps an entry-level Benz sedan wasn’t long for this world from the get-go. In just four years on the market, the A-Class subcompact sedan didn’t court as many new buyers to the brand as the more popular GLA small crossover. Mercedes whittled down AMG offerings until just the A220 remained, at least until the end of this year. The CLA coupe-like sedan carries on, for now. 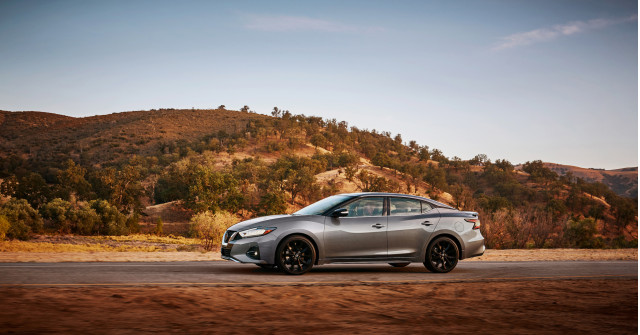 Production of the full-size sedan ends midway through 2023 as Nissan refocuses on electric vehicles. A flagship sedan embraced for its style and performance since it first launched in the 1980s, the Maxima weathered eight generations, the last starting in 2016, before fading from view in the eyes of shoppers. 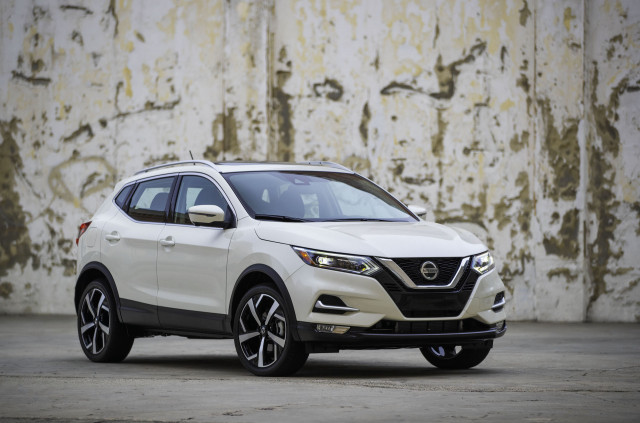 The smaller version of the bestselling Nissan Rogue ends production in December, as Nissan focuses on more popular crossovers and electric vehicles. Launched in 2017, the Rogue Sport hadn’t been updated to keep pace with other Nissan crossover SUVs, such as the smaller Kicks, larger Rogue, and three-row Pathfinder. 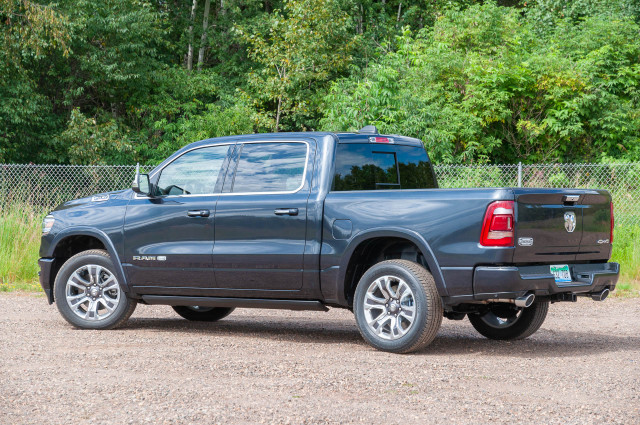 Aside from heavy-duty trucks, the diesel engine has fallen out of favor in most passenger vehicles, including the Ram 1500 Ecodiesel. Ironically, when it launched nine years ago before widespread electrification, the 3.0-liter V-6 made a ton of sense as an efficient highway cruiser just as capable if not more so than gas V-8s. But emissions cheating scandals and successive recalls for stalling due to the Ecodiesel’s high-pressure fuel pump cast a cloud over the once promising V-6 diesel. 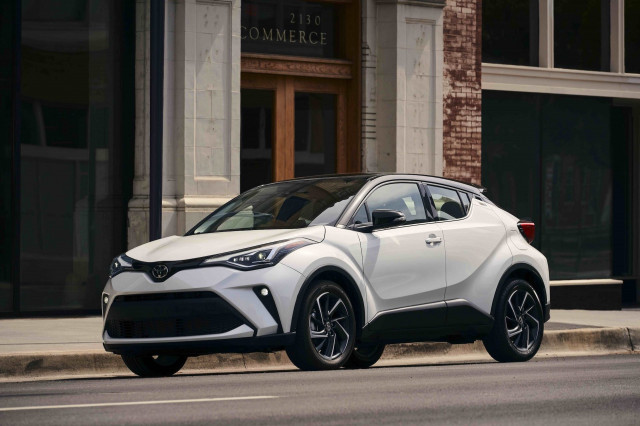 The quirky hatchback marketed as a small crossover launched in 2018 and lasted only one generation before Toyota decided to discontinue it in North America in favor of a larger, more traditional small crossover in the 2023 Toyota Corolla Cross. Much like the Nissan Juke, the C-HR adopted a rally cross stance with flexed fenders and a rounded muscular rear. The rear doors hid door handles high up in the cramped windows, and interior space was equally compromised. It was different, but its 144-hp 2.0-liter inline-4 with a CVT and front-wheel drive failed to move the needle and it wasn’t that efficient, either.

Viola Davis’ Grammy win for audiobook makes her an …

How to safely use payment apps

Chinese spy balloon shot down by F-22 fighter off …

How much do NFL Pro Bowl players get paid?

Chinese balloons flew over US three times during …

How you can tackle Super Bowl travel prices

Changes to expect in your child’s school lunches …

Ask the Expert: Year of change, solidification at …

Schumer mocks GOP: ‘Nobody is taking away your gas …